Dr. Alan Carter is a clinical pharmacist with interests in medical research, pharmacy practice, and drug therapy management. He graduated from the University of Missouri-Kansas City School of Pharmacy. He currently serves as a research pharmacist, clinical pharmacy specialist, and associate clinical assistant professor of pharmacy. Dr. Carter has published 19 journal articles, reviews medical journals, and serves on numerous professional committees and boards. He enjoys gardening, hiking, and other outdoor activities to create a healthy work-life balance. Dr. Alan Carter is also writing for familyfoodandtravel.com.
Latest posts by

Best SARMs for Bulking – Which ones to consider? How to narrow down on the best SARMs for bulking? Is there any specific set of factors to consider when narrowing down on your SARMs? There are numerous options in the bodybuilding industry. This could confuse the users, and one of the best ways to shortlist […]

Periactin, also known as Cyproheptadine, is a first-generation antihistamine with antiserotonergic, anticholinergic, and local anesthetic effects. It was invented in 1959 and first used in medicine in 1961. Periactin is an antihistamine used to treat allergy symptoms, including watery eyes, itchy eyes and nose, runny nose, hives, sneezing, and itching. The data suggests that it […]

Do you still find it difficult to shed that excess weight, and build a muscular and evenly toned physique?  Well, focusing solely on a stringent exercise regime and a well-balanced diet is sometimes not enough to achieve your dream body physique. Now, what you need is a bodybuilding dietary supplement that will give you all […]

Most people experience muscle aches at some point in their lives. It indicates injury, illness, nausea, and other health problems. There may be deep, constant discomfort and a series of acute pains. Some people have muscle pain everywhere, while others are only in certain areas. Muscle problems affect everyone differently.  Musculoskeletal disorders are caused by […]

Nolvadex for men is one of the most popular PCT (Post Cycle Therapy) drugs. Bodybuilders use steroids to speed up the results when they are working on bodybuilding goals. If you were to depend totally on your diet and workout regime, then the bodybuilding results would be very slow to show up. You will need […] 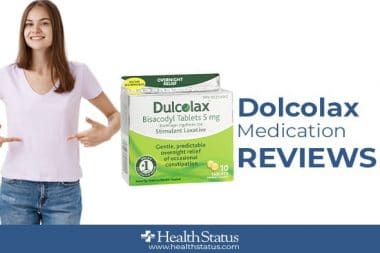 Thriving and succeeding in bodybuilding takes a whole lot more than athletic power and muscular strength. Generally, bodybuilders are chosen based on definition, symmetry, balance, muscle mass, and stage performance. To achieve these features, bodybuilders usually need to combine potent nutritional supplements with intensive workout sessions.  The importance of adequate nutritional support for bodybuilding can […]