Common Myths and Misconceptions about Anorexia

People have many misconceptions about anorexia. Due to poor understanding of the phenomenon or due to various popular myths surrounding eating disorders, most people assimilate denatured ideas regarding anorexia and the persons it affects. 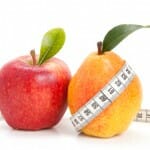 Probably the most common misconception describes anorexia as an incurable, terrifying disease. Although anorexia can cause both physical and psychological harm, this type of eating disorder can be successfully treated and its undesirable effects can be overcome in time. In fact, through the means of an appropriate therapeutic program, the great majority of patients diagnosed with anorexia can be completely recovered from the disorder in a relatively short period of time.

Statistics indicate that more than 80 percent of people that have been confronted with anorexia at a certain point of their lives have been completely recovered with the means of psychological counseling and the help and encouragement of their families. Furthermore, most of the people affected by anorexia in the past have been able to achieve emotional balance, regaining full control over their lives. However, the truth is that anorexia needs to be timely discovered and prompt intervention is required when dealing with this type of disorder, as the affected persons can inflict themselves a lot of physical and emotional damage.

Another popular myth surrounding this type of eating disorder suggests the idea that anorexics do not eat. This idea is completely exaggerated and unfunded! Although anorexics are very restrictive with food and they indeed keep drastic diets, they are human beings after all and therefore they need to eat! In order to achieve their goal of having a slim body, anorexics usually avoid foods that are rich in calories and therefore they commonly follow vegetarian diets. Every once in a while, anorexics may also engage in binge-purge behaviors, eating exaggerated amounts of food at once, only to dispose of it right after, by vomiting or by using laxatives and diuretics. However, this behavior is more common among bulimics.

People also commonly confuse anorexia with bulimia. Although anorexia may resemble bulimia and people generally experience difficulties in separating between them, each of these two common types of eating disorders has various distinctive features. However, people with eating disorders can have oscillatory behaviors and anorexics can easily become bulimics, or vice versa.

First of all, from a physical point of view, the main difference between anorexics and bulimics is body weight. While most anorexics are underweight, bulimics often have an average or, above average body weight. Therefore, unlike the case of anorexics, it is even more difficult to identify a person who suffers from bulimia.

From a behavioral point of view, the main difference between anorexics and bulimics involves their eating habits. While anorexics commonly keep drastic diets and restrict their intake of calories, bulimics predominantly engage in binge-purge acts.

From a psychological perspective, the main difference between anorexics and bulimics is that people with anorexia have a stronger will and ambition than bulimics. While both these categories have a low self esteem and a distorted self-image, bulimics are often more likely to suffer from depression. Their contradictory, ambivalent behaviors that fluctuate between binging and purging food render them very vulnerable to developing feelings of guilt and confusion.