Health conditions and medical issues can cause a huge inconvenience at any point in our lives. Aside from getting sick, the costs of medicines and hospitalization can add stress, especially when your insurance does not cover much. However, we cannot escape health issues, especially during old age. But thanks to improved technology, the world is equipped with better knowledge, experience, and resources to combat many types of illnesses. An example of that is pharmacogenomics (PGx), a useful yet hardly recognized healthcare discipline that deals with the study and analysis of genetic response to different kinds of medications.

Pharmacogenomics or PGx is a medical discipline that deals with the impact or response of an individual’s genes to medication. It is a crossover between pharmacology and genomics. This is an exceptionally enticing subject as people can have different experiences and reactions from certain medications, despite having the same diagnosis or medical condition.

PGx belongs to the field of precision medicine, a branch of medical science where health professionals are working to deliver individual and unique treatments through determining and administering the right drug and dose for each patient.

This is why patients A and B, despite having the same illness, will undergo different kinds of treatment and medication. This is a way of ensuring that the prescription they are given would work, and doctors would know how their body reacts to different drugs of varying doses. This method is only accomplished through pharmacogenomics testing.

Your DNA, or deoxyribonucleic acid, can be identified in several parts and excretions of your body such as blood, saliva, mucus, semen, urine, feces, hair, and fingernails. While DNA differs from one person to another, blood-related individuals have a percentage of similarities between their DNA, and this is very helpful in pharmacogenomics especially if it is coupled with an extensive patient history.

In pharmacogenomics, a health professional will conduct a series of gene-related tests to see if a particular medication is suitable for you according to your genetic makeup or if it has adverse side effects to your health otherwise. PGx testing is only clinically available for a handful of medications as illustrated below:

Pharmacogenomics Testing In The Past

Although there are only a few medicines that are associated with PGx, the field has been around for many decades already. Pharmacogenomics was first mentioned in 1931, but it was only in 1949 when the scientist, JBS Haldane, anticipated that unusual responses to drug administration could be highly influenced by an individual’s biochemical composition. After the 1950s, pharmacogenetics was finally recognized as a discipline. During this time, however, they’ve only been exploring how single-gene mutations affect drug feedback.

Below are some ways on how modern medical technology has greatly improved pharmacogenomics testing:

One area where technology has immensely improved the accuracy of pharmacogenomics testing is the development of DNA profiling. This method involves examining a sample of cells taken from living people or animals and produce a unique genetic code that we now know as DNA.

This technology has shown great promise in helping determine if a patient is suffering from an inherited condition or whether a certain drug combination is more effective than another. The information collected from DNA profiles allows healthcare professionals to study the long-term health effects of certain drug combinations on different individuals.

The other major improvement brought by technology to pharmacogenomics is advancements in drug administration or drug delivery methods. This technology uses the principle of cell permeability that helps transport proteins and other molecules in the bodies of patients. New methods also deal with Nanotechnology that is capable of utilizing atomically thin membranes in protein drug transfer.

3.   Improvements in Data Collection and Discovery of New Medications

Nowadays, many institutions have improved their data-gathering efforts and data preservation techniques. Thanks again to technology. Record-keeping of patients is more secured and advanced thanks to digitalization. Aside from that, new technology helps improve medical facilities by allowing them to store things like blood, plasma, medicines, and other specimens for a longer time.

Because of this, researchers have more time to study and collect accurate data that will allow them to discover more about the human body and how it works. The more knowledge that is gathered, the more equipped researchers will be when it comes to creating new and more effective medications.

For researchers, new technology and methods of testing are an opportunity to learn more about what compounds in nature may be used as therapeutic agents and which ones may be ineffective or harmful in creating new medicines. This technology is also used by various types of organizations such as the Food and Drug Administration (FDA), the National Institute of Health (NIH), the National Academy of Sciences, and the U.S. Department of Defense.

The most significant contribution of technological advancements to the field of pharmacogenetics research is the creation of genetic engineering and genetic analysis tools such as those developed by the Human Genome Project (HGPS) and the International HapMap Project. These tools allow researchers to quickly look at thousands of genetic variants to search for similarities that might lead to new drugs.

PGx testing would be difficult and inaccurate without implementing evidence-based trials. While new technology has improved PGx by leaps and bounds, below are some of the existing methods that are used in this discipline.

As PGx testing concentrates on individual genome data, health professionals have incorporated a point of care (PoC) technology which comprises systems that support the monitoring, post-hospital care, and documentation of a patient’s progress.

PoC technology is considered by professionals due to a myriad of reasons. This includes the simplicity of its process, devices, and reagents. However, the biggest challenge for this method is how to incorporate all three testing phases (nucleic acid extraction, amplification, and detection) in just one device only.

The polymerase chain reaction (PCR) test is a widely used DNA test for a plethora of medical examinations. Some of the most common applications are DNA fingerprinting, diagnosis of genetic disorders, detection of viruses, and bacteria like SARS-CoV-2 for COVID-19 testing.

Lastly, another essential component of personalized medicine is being able to record and keep track of a patient’s information. Electronic health records (EHR) and clinical decision support (CDS) have long been utilized in healthcare systems, and many healthcare institutions have incorporated pharmacogenomic CDS into EHR to assist clinicians in medicine prescription.

Moreover, integrating pharmacogenomic CDS into EHR contributes to the purpose of PoC technology, as it helps curate pharmacogenomic patient information. This way, health professionals can follow optimal genotype-guided therapy for each patient.

To say that the field of pharmacogenomics had a few influences in medicine is a complete understatement. Thanks to advances in pharmacogenomics and PGx testing, the healthcare and medicine industry is on the path to provide precision medicine for the general public. The new technological tools, equipment, and processes developed today are quintessential in improving mankind’s understanding and awareness of biology and drugs.

Growth Delay: What Is It? How Do You Treat It?

Aplastic Anemia Is Rare But Treatable 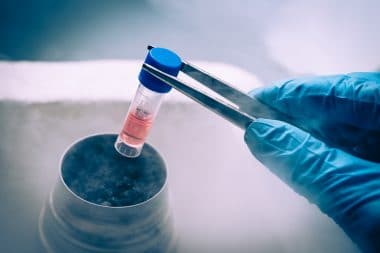