Do You Think You Don’t Need Mosquito Control At Your Home? Think Again

According to the World Health Organisation (WHO), there is a looming threat for almost 50% of the world population to contact mosquito-borne diseases. The number of people getting affected by dengue worldwide has increased many folds in the last couple of decades. The statistics are proof that we need to adopt more effective ways to control mosquitoes in our homes.

But the best possible solution is to contact a mosquito control company to safeguard your home and your family members. They use a wide range of mosquito-repelling and prevention systems that can reduce the number of mosquitoes significantly.

You should seriously consider hiring these companies if you have children or pets at your house. If you are still unsure, maybe learning about these diseases caused by mosquitoes might change your mind.

The female Anopheles mosquito bites a victim and feeds on the infected blood, thus becoming a carrier of protozoa. When the same mosquito bites a healthy individual, it leaves its saliva in the bloodstream along with the protozoa. The protozoa travel to the victim’s liver and start to reproduce there.

Malaria symptoms can include recurring fever, excessive fatigue, vomiting, persistent headaches, and pale skin. It can also prove fatal in severe cases. It is crucial to diagnose malaria in its early stages, or the disease can leave permanent damages to the liver.

The Zika virus was discovered in the middle of the 20th century, but it was not considered dangerous because of its mild symptoms. However, the virus came to North America in 2015 when the real dangers of the disease surfaced.

Initial symptoms of the Zika virus include fever, headaches, skin rashes, and moderate joint pain. The symptoms are extremely mild, which is why victims rarely see a doctor.

However, the virus has a dreadful effect on pregnant women and their unborn babies. The newborn child affected by the Zika virus can have various types of congenital disabilities. The virus also causes several complications in pregnancy.

Millions of people get infected worldwide from Dengue each year. Two forms of the disease can be life-threatening. Hemorrhagic fever caused by dengue can lead to internal bleeding, blood plasma leakage, and rapid fall of blood platelets. On the other hand,   the infection can also result in a shock syndrome which causes the blood pressure to drop dangerously.

Yellow fever is another frightful disease caused by mosquitoes. The symptoms include yellow coloration of the skin, shivering fever, appetite loss, vomiting, headaches, and body pain. Yellow fever usually occurs for a short time, but there can be cases that lead to complications in the abdomen, liver, and kidneys.

Mosquitoes do not just cause diseases in humans but in pets as well. They are known to carry heartworm larvae from the environment and inject them in dogs and cats. Once injected, the larvae travel to the pet’s heart and start feeding on the cardiovascular organs. Heartworm diseases are more frequent in dogs and cats and are extremely complicated and painful to cure.

Most worms live in the intestines, and therefore, can be easily killed and removed from the body. However, it is difficult to kill heartworms and remove them from your pet. Heartworms can also cause permanent damages to the cardiovascular organs, which can significantly reduce your pet’s lifespan.

There is hardly any place left on Earth where mosquitoes do not exist. Most people thought that mosquitoes are a problem for the South. But they can be found almost everywhere these days, especially when the weather is warm and sunny.

Most of the life-threatening diseases cause permanent damage to the victim’s organs and immunity even after it gets cured. We hope that we have been able to impress how crucial it is to take the necessary steps and eradicate mosquitoes from your home as well as your surroundings.

Home Upgrades You Can Make For Better Health

The Heart Of A Healthy Home: 5 Ways To Make Your Bedroom Healthier

Why Is Mold Dangerous? 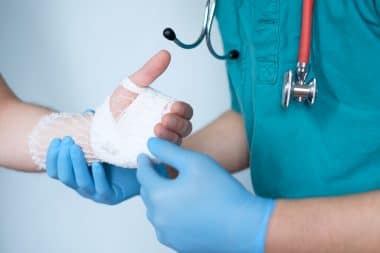 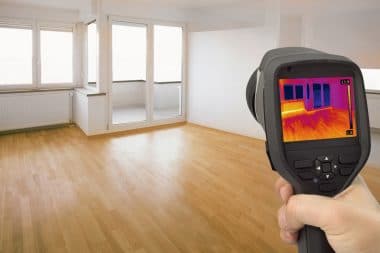 Window Treatments To Lower Heat In Your Home