The Secret to Giving (And Receiving) Compliments

How do you tell someone they look good without sounding creepy? How do you praise a co-worker without seeming patronizing? And how do you respond if someone compliments you? Saying positive things to another person is one of the building blocks of a relationship and yet sometimes it seems like one of the hardest things to do. Here are some simple rules to make giving and receiving compliments a little easier.

Make sure that the compliment is genuine. This means that you honestly believe what you’re saying, not giving a compliment because you feel you should. If you tell your partner, “I think you look nice” but you’ve barely glanced at them, they’re unlikely to feel complimented. Most people can spot insincerity, even if you think you’re totally convincing. Thumper, the rabbit from Bambi, is told that if he can’t say anything nice he shouldn’t say anything at all, but compliments need to be sincere as well as nice. If you feel that you ought to say something positive to another person but don’t know what, it may be better to say nothing.

A compliment is about the other person. This might sound obvious but a surprising number of people think they’re giving a compliment when they’re actually describing their relationship. If your partner is feeling unhappy with their appearance and you say, “Well I always think you look great,” that’s not a compliment. It might be a positive thing to say but it’s about you much more than it’s about them. In the same way, if you’re talking to an employee and you say, “I’m really proud of how much you’ve improved this year,”, that’s great feedback but it’s not a compliment. 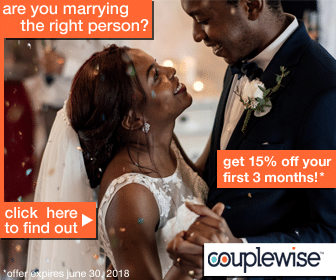 A compliment is an opinion, not a fact. The easiest way to get this across is to say “I think…” or “I feel…” at the start of the compliment. If the other person finds it hard to accept compliments they may automatically disagree with you. Making the compliment an opinion rather than a fact helps to get around this. For example, telling someone they’re a good driver is an opportunity for them to say, “Oh no I’m not.” But saying, “I think you’re a good driver,” may be easier for them to accept – or at least harder for them to argue with.

Giving a compliment, particularly about someone’s appearance, is not the same as flirting and certainly shouldn’t be experienced as harassment. Flirting involves pushing the boundaries of a relationship, for instance, telling someone you’ve recently met that you think they have a great body. Giving compliments involves staying within the boundaries of the relationship you’ve got. So it would be fine for a wife to tell her husband that he looks sexy but completely inappropriate for a manager to say the same thing to an intern or a customer to say it to a waitress. If you want to give someone a compliment, it should always fit the relationship you’ve got with that person. Compliment waiting staff on their prompt service or employees on their punctuality, not their physical attractiveness.

Let a compliment stand on its own. This means that you don’t qualify it or try to take it back or undermine it. This often happens when men compliment each other. Many men find giving compliments to each other difficult and consequently tend to follow a positive comment with a negative one, for instance saying something like “I think you look good – for such an ugly person.” It also happens when the other person finds it hard to hear a compliment. If they say, “Oh no that’s not true” or something similar, it’s very tempting to qualify the compliment by saying “Yes it definitely is true, because…” At this point, you’ve stopped complimenting and started arguing. Let your original compliment stand. If the other person finds it hard to hear, arguing with them won’t make them feel better about themselves.

Finally, the best response to a compliment is to say, “Thank you.” Don’t feel like you have to find something positive to say back to the other person, though of course, you can if you want. Don’t argue and try and convince them that they’re wrong. Don’t try and rob the compliment of value by saying things like “Oh you’re only saying that because you want something” or “Oh no, this outfit is really old.” Allow the compliment to stand and acknowledge it with gratitude. Of course, the previous point about flirting or harassment is very important here. It’s not a compliment if it pushes the boundaries of your relationship with that person and you certainly don’t have to accept or be thankful for anything that’s inappropriate.

What if someone says something positive and you don’t know if you’re feeling uncomfortable because you’re not good at receiving compliments or because they’re pushing the boundaries of your relationship? If you’re really not sure whether a comment is intended as a compliment, a good strategy is to say, “thank you” the first time, then if the other person persists in making similar comments, tell them that you’re feeling uncomfortable with what they’re saying and you’d like them to stop.

A compliment should be a sincere opinion about another person. It should be appropriate within the relationship you’ve got with that person and shouldn’t push the boundaries. It shouldn’t be something that you have to provide an argument to support and you shouldn’t follow up a compliment with something negative. Finally, the best response to being complimented is simply to say “thanks.” 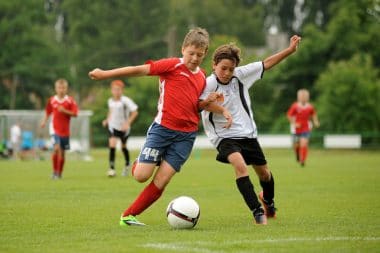 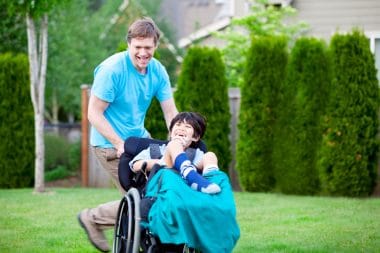 Coping With Chronic Illness In The Family: How To Adjust And Plan Ahead 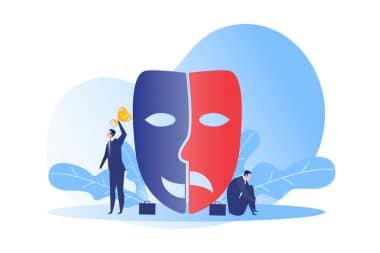 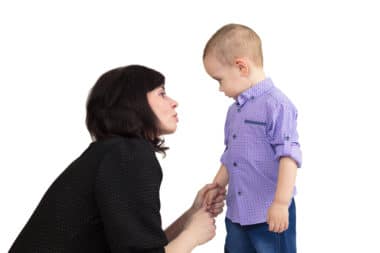 Toddler Hitting: A Phase Or A Concern? 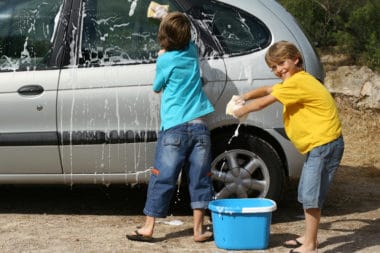 How To Make Chores A Positive Experience For The Whole Family