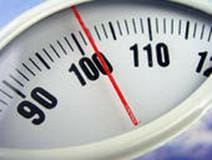 When someone refers to their “body fat percentage” what they are actually referring to is the percentage of their total body weight that is comprised of, for lack of better terms, pure fat. 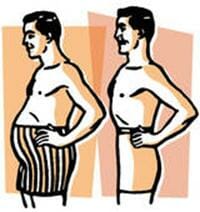 For example, if a 200 pound man has a body fat percentage of 20% then that means a full 40 pounds of his total body weight is fat, yummy! If you are curious what your body fat percentage is, this is most easily determined by the use of a pair of body fat calipers. You can pick up a pair of these online for around $10 or get a set at your local Wally-world for less than, or about, twenty bucks.

What is a healthy body fat percentage? 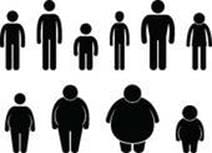 So, just exactly what is a good body fat percentage for you? Well, that depends on your body size and style as well as your lifestyle. You won’t be a swimmer like Michael Phelps with 30% body fat index; he was likely in the 9-10% range, maybe even down in the 6-7% range.

Too many Americans today fall in the 20%+ category and men above 23% or so are actually obese. The numbers are actually a little different between men and women, with women allowed a higher percentage and still being considered healthy.

Why doesn’t my BMI tell me my body fat percentage?

Along the same lines as a body fat percentage is the BMI, or, body mass index. However the BMI calculator can be inaccurate if you are a body builder or a similarly muscular athletic type person because the BMI calculator doesn’t take into account for excessive muscle mass. There are many free links for free BMI calculators that are accurate and reliable, but again, if you are a bulky body builder it may tell you that you are obese when you know darn well that you aren’t. Health Status has a Body Fat Calculator to help.

It’s because of this inaccuracy of the BMI that an actual body fat percentage calculation can be more accurate and effective in determining where you lie as far as your weight and whether or not it should be a concern. We don’t all necessarily want to be the giant, vein popping, massively muscled men (or women) that one might find in a Mr. Olympia contest, (or whatever the equivalent is for women) but we do want to try to be healthy (or you should want to be healthy anyway).

What is a normal body fat percentage?

Normal, healthy body fat percentages for men and women are different as men and women’s bodies are designed differently. But it goes something like this handy chart here:

Are there others factors that come into play?

All told nearly 36% of American adults are considered obese, these are numbers given by the CDC. More numbers state that higher income women are less likely to be obese as lower income women and nearly half (49.5%) of non-Hispanic blacks are obese. This is followed closely by Mexican Americans with (40.4%) being obese, followed by (34.3%) of whites being obese.

Obesity not only is harmful to the overweight person, but also brings rise to higher overall healthcare costs for all of us. Often genetics play a part of course, but overall it is still nutrition education, proper diet and exercise that are needed to keep our bodies at a healthy weight and body fat percentage level.