When you have aging parents, sometimes the way they act might become a cause for alarm. Maybe they have been more forgetful than usual or have they? It’s hard to spot if you only visit them every once in a while, and some problems might stay unnoticed until they become an emergency. Sometimes, even spouses of people with early dementia have problems noticing symptoms, mostly because coming to terms with the reality of the situation is extremely hard on loved ones.

What are some early signs of dementia that can raise alarm bells? Our friends over at myhometouch.com have listed some of the things to look out for if you suspect early stages of dementia. Don’t forget there are also some care options that are available for people who live far away from their families. You also have to make sure that symptoms like apathy, behaviour changes, or confusion aren’t a sign of other underlying conditions that are treatable.

What to Look Out For

At the early stages of dementia, you might find it hard to distinguish symptoms from symptoms of other conditions. That’s why, if you notice these signs, it would be in your best interest to visit a healthcare provider and discuss the situation.

Short-term memory loss – Warning signs of early dementia are regular short-term memory issues, such as forgetting where your keys are, or not remembering appointments and events. The reason why short-term memory loss is a typical early sign is that it’s one of the first cognitive functions that get affected by the disease. Such problems can only be exacerbated by stress or physical illness.

Mood changes – Mood swings or changes in mood are another warning sign for dementia, especially if they’re drastic. Depression is a common symptom in people who are going through the early stages of dementia, often with no apparent cause. Dementia also makes people tired and apathetic, so that they suffer from a lack of energy to complete even the most basic of tasks.

Memory changes – Anyone with memory problems, even if they’re mild, should see a doctor as soon as possible. Most people with dementia have memory issues at some point during the disease, but such problems can only be diagnosed if they last for more than 6 months at a time (the same applies to other signs). Forgetting things like what you had for breakfast is quite normal, but when it becomes a regular occurrence that you can’t account for then it’s time to ask a doctor for advice.

Taking longer than usual to remember important things and events – Sometimes forgetting the names of family members and friends when they visit can be attributed to Alzheimer’s disease. It’s important to keep track of changes like this both in yourself and your parents if you’re worried about having early dementia.

Needs help to do everything – When your parents start to bring someone else with them when visiting or need help with even basic tasks like taking their medication or walking around, this might be another sign of dementia. The main cause here is that brain damage prevents seniors from performing even simple tasks on their own that they used to do easily. Sometimes your parents will need aid even in order to dress or eat on their own since their muscles are getting weaker.

Changes in eating habits –  If you notice that your parents have become pickier about what they eat, or eat less or more food than before, it might be another sign of early dementia and it would be a good idea to consult a doctor. Sometimes Alzheimer’s causes people to stop eating because they feel full very quickly, or because they begin eating less because they no longer enjoy food.

How Can You Be Sure It’s Early Dementia?

Sometimes symptoms that point to early stages of dementia might actually be caused by something else. The best way to learn more about these symptoms is by visiting a healthcare provider who can run some tests and determine whether the early signs of dementia are a cause for concern. Your parents should also keep a journal with notes about how they live their lives and how they feel about their daily routine and daily activities. That will help you write down everything that has changed recently if you suspect early dementia symptoms in your parents.

If your parent is diagnosed with early signs of Alzheimer’s disease and other forms of dementia, there are several treatment options available at different stages of the illness depending on the severity of symptoms and how advanced the disease is. If your elderly parent lives far away from you, it’s important to plan ahead so that there will be support when your parent needs it the most. For example, if your parent needs 24/7 care when they become too sick to live alone anymore, you might want to check out home care services that will enable your parent to stay in their own home without having to move somewhere else permanently or move into an assisted living facility without the burden of renting out an apartment or a small house. These options include everything from companionship care (where you hire caregivers who live in your parent’s home) to residential care (where you hire caregivers who live in the same community as your parents) and live-in care services (where you hire caregivers who live nearby). In some cases, family members can take on caregiving duties too but it’s important to plan this option out well in advance so that everyone knows how the situation will work out and there aren’t any problems in the future.

Dementia is one of the saddest and hardest things that can affect a whole family, but unfortunately, there is still no cure. It’s important to recognize and spot some of these early signs so you can at least try to slow down the disease. Some of these signs may seem like normal, everyday things, like forgetting your keys at home, trouble recollecting where you were at on a particular day, seasonal depression, and many other things that are quite common. This is what makes dementia so hard to spot, even for doctors it can be hard to diagnose depending on how far along it has progressed. Luckily there is plenty of support out there, and plenty of professionals who can offer live-in care which makes caring for someone who has dementia so much easier. Having to take care of someone with dementia is hard, but it doesn’t have to be, thanks to these professionals. 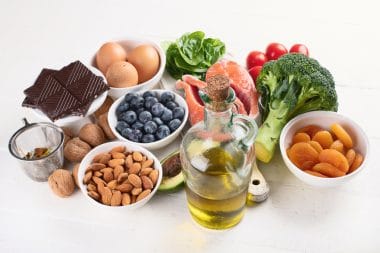